The Meaning Of Life

What is the meaning of life?

Philosophers for as far back as you can keep records, have also asked that question.

They use logic and reason to try explain the human condition, our circumstances and our experiences.

Like, if we think HARD enough, we can figure this whole thing out. 😂

The problem with thinking, though, is it’s never gotten us our answer.

And if it’s not about over-thinking to find the answer … then what is it?

A long, long time ago, in a galaxy far, far away, my dream profession was to be a police officer.

I felt that in the police profession, I could make a positive impact on the world and REALLY help people.

I also joined the Army because I felt it would give me additional skills to be a competent police professional.

Most people are incredibly vulnerable when they require police intervention, so I believed it to be an obvious way to help people and “change the world”.

But, a few more chance experiences through the summer leading up the Police Academy in 2011, showed me that there might be another way for me to help people.

I took my CrossFit Level 1 Certification in August of 2010 and it changed the trajectory of my vocation forever.

I started to really love this coaching and fitness thing.

I found that it not only helped me through some of my personal demons, but it motivated me. It made me feel strong.

Naturally, I thought this was something that other people needed to know about, too!

So, fitness became a priority in my life, and joining the police department took a back seat.

In March of 2011 I sent a letter to my soon-to-be sergeant at the Austin, TX Police Department and resigned my position in the Academy.

This Was My Crossroads

Looking back I realize what a monumental decision that was.

My life would probably be a lot different now, had I went through the academy and experienced life as a police officer.

Unfortunately, that crossroads, and my choice to choose fitness over policing, led to a lot of guilt.

Had I chosen the right path?

Was I going to be able to make a difference in the fitness industry?

And then … I figured out the meaning of life.

Yes, that same question that have stumped Philosophers for millennia …

The meaning of life is to find your way of loving the world.

Find your way of loving the world.

How can you give the world love, in a way that is uniquely and totally you?

For me it’s by being a good spouse, being a guinea pig mom (check out Pig Kingdom Inc. on Facebook if you haven’t already!).

It’s being a good coach, being a mentor and always on a quest to improve my mindset and reach optimal health.

It’s by providing the best fitness supplements for the everyday athlete.

It’s by leading by example and holding myself to a high standard of integrity.

And empowering others to be their best, too.

I believe the meaning of life starts with one thing:

Our Expectations Doom Us

Too many of us walk around with expectations of what we are supposed to GET from the world.

Few of us are actually thinking about how we can GIVE to the world.

The truth is this: you’ll get what you give.

Here’s another hard to swallow pill: You are not entitled to ANYTHING from this human experience.

You’ll be eternally disappointed and angry at life if you sit around and wait for life to give you what you want.

How can you find your way of loving the world, then?

What is your way of loving the world?

What do you want to do with your life?

What do you love to do?

This doesn’t have to be financially rewarding either.

But it can be.

There are no rules when it comes to how you can show the world who you are!

You can also have many ways of loving the world: your job, your kids, your spouse, your hobbies, your creativity, your skills, etc…..

If you want 100% from your life and you want the world to love you back, you have to give love.

And it starts with YOU.

After all, there will literally never ever be another human with the same combination of traits, experiences, physicality, brain, spirit that you have.

Find your way of loving the world and start sharing sh*t with everyone you know!*

Once you find your way of loving the world, in return you’ll get that love back 10x over.

The meaning of life is to find your way of loving the world … to love the world in a way that is unique to you and what gifts you are blessed with (and to not worry about what you’ll get in return). 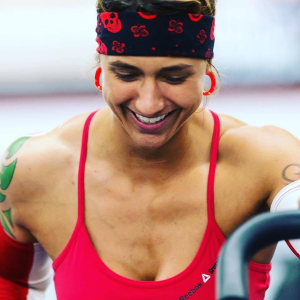 One thought on “The Meaning Of Life”

What Do You Think? Cancel reply

This site uses Akismet to reduce spam. Learn how your comment data is processed.